Subscribe to Stay Updated & Get A Weekly Health and Fitness Checklist!

You are here: Home / DIY / How To Photograph Baby With Christmas Lights

Now that fall is here that means Christmas isn’t too far behind.  And Christmas is by far my favorite holiday. The lights, the family, the gift giving. We never sent out Christmas cards before, but I really wanted to learn how to photograph the baby with Christmas lights.

When it was time for Christmas cards, I of course went right to Pinterest to find the very best options I could recreate at home for my DIY baby Christmas pictures and searched “how to photograph baby with Christmas lights”. I found a few, but in reality I had to try to set it up and give it a go.

You’ll need to think about Christmas cards sooner rather than later!  Setting up a time to photograph, editing photos, ordering and waiting for your cards, and then mailing cards takes some time! I took these photos the week before Thanksgiving and got my cards out by the second week of December.

I received so many compliments on the photo!  I caught Ri at the perfect moment admiring the lights and Christmas ornaments.

It was a lot of fun to set up, get the right angle, and have Rion play with the lights and candy cane and ball ornaments. I love this photo so much and have it framed.

At nearly 8 months old, Ri was at such a fun age for the Christmas lights photo! Keeping the lights out of his mouth was a difficult task, but I succeeded!

Here are a few tips to making your own photo shoot using Christmas lights.

Sign up for the Spit Up and Sit Ups Community Newsletter and get your FREE Health and Fitness Weekly Checklist!

How To Photograph Baby With Christmas Lights

Note: Use LEAD FREE Christmas lights because your little one will want to put everything in their mouth, right? Make it lead free!

I chose our kitchen for our location.  It has white walls and dark hardwood floors to really make the lights pop.  Our kitchen has no windows so the only natural light came from our large living room window. The lights also glow off the dark hardwood floor instead of absorbing the light which was really neat when taking photos. I think I could have waited a bit in the day for a darker set, but with an 8 month old it was important to have him be happy during the shoot.

If you’re choosing to do the lights, you will want to do your best to keep the lights out of your child’s mouth. Yes, they will try to eat them despite your best efforts.

I played with the set up a bit before deciding on having the Christmas lights just on the floor surrounding my son. I had them hooked onto the counter above him, but it looked more forced and not so much like a baby had stumbled upon some Christmas lights that his mother placed at his feet.

Try setup during nap time or play time! I cannot stress enough how pictures with a baby won’t work unless they are well rested and fed.  My son would flip out if we tried doing photos right before a nap or a meal.  We waited until after a nap and snack to attempt the photos.  Given that the background needed to be dark, I wasn’t worried too much about natural light.

I used my Canon Rebel T6 DSLR camera and 35mm lens.  You’ll want to shoot in Manual for this shoot and have the flash off.  Using flash would eliminate that beautiful glow coming from the Christmas lights and you don’t want to lose that.

I know I could have fussed with the settings to get a better photo, but as a novice photographer these settings worked and got my ideal result. I let too much light in. I now know that your ISO should be around 1000-1250 for a great photo with Christmas lights.

I snapped a few photos on my cell phone camera, but they came out a bit blurry.  Good for sharing with family on the phone, but not good enough to order some cards and send out.

If you’re a wiz and believe your cell phone is good enough, go right ahead. I personally prefer to use my “big camera” for this type of thing.

If you’ve taken photos of your wiggly, moving, teething baby, you know you need some patience.  My son was nearly 8 months old, so he could sit up but he was learning to crawl and wanted to put everything right in his mouth.

You don’t want your kid chomping down on a Christmas bulb. Yikes.

I threw in some Christmas decorations that I properly wiped down that he could play with – a few plastic candy canes and ball ornaments! Super cute for him to be “eating” the candy cane during our Christmas photo shoot.  I wanted to trick him into not eating the shiny bright bulbs!

Another tip would be to throw down some of your child’s favorite snack, like Puffs or Cheerios. Your child will be drawn to the food and hopefully not want to eat the Christmas lights as much.  You can get a great photo of your child from behind with the Puffs in his lap without photographing the snack!  It will look as though they are admiring the lights!

Keep snapping photos.  The photo shoot won’t last hours, and you’ll want as many photos as you can get.  I tried different angles and tried drawing Rion’s attention to different areas.  I love our end result.  I put a bunch of ball ornaments on the floor and captured him as he noticed them before trying to grab them.

A photographer’s work is just starting after the Christmas lights photo shoot!  It’s time to head to the photo editing phase to get the ideal.

You can head to PicMonkey or Canva and make edits to your photo for free.  I chose to edit out much of the design and wetness indicator on Rion’s diaper so it was just white in photos where it could be seen.  I didn’t throw any snacks down for Ri to look down at, but you will be able to edit those out if they show up in your photo.

I played around with color, filters, and black and white.  In the end, I chose the bright color photo.  The black and white is nice, but I truly love the photo with all of the colors.  Christmas is fun! And it was his first, so it was a little bit more cheery for us.

Keep food and snacks handy as well as a favorite bottle or sippy cup. Use a favorite toy to get your child’s attention, too!  Don’t be afraid to take a break if things aren’t going as planned. You can always come back to your scene when your child is feeling up to it.

Don’t forget to check out my other Holiday posts too!

Have you tried a Christmas lights photo shoot with your baby? Share your results with me! Tag me on Instagram @spitupandsitups

Previous Post: « Preparing for Cold and Flu Season with Walgreens
Next Post: 6 Ways to Make Exercise a Habit »

I’m Ashley, a working mom turned stay at home mom living in the DC area. I’m married to John and we have two kids – my is is four years old and my daughter is 1!

Search Spit Up and Sit Ups

Sore as hell today so it was a recovery stretch da

Sound the alarm, I just completed a workout for th

J U L Y Word of the Month: PATIENCE "Patience is

It's okay to take a break when you feel overwhelme

What is on your menu this week? Here are some of m 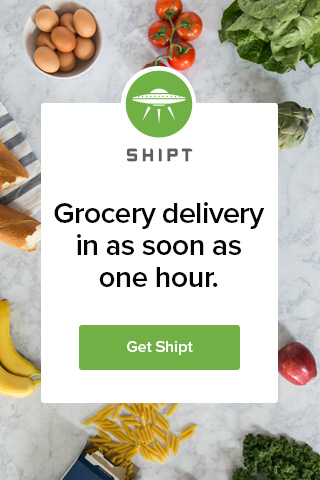 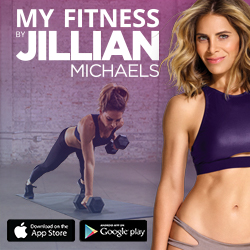 I'm Ashley, mom of two, wife to John. We live and work in the DC metro area.

I love blogging about my real life mom experiences and offering advice to new moms.

Affiliate links may be used and commission may have been received in this blog.

Per FTC guidelines, this website may be compensated by companies mentioned through advertising, affiliate programs, or otherwise. Any references to third party products, rates, or websites are subject to change without notice. Please do the appropriate research before participating in any third party offers.

Spit Up and Sit Ups is a participant in the Amazon Services LLC Associates Program, an affiliate advertising program designed to provide a means for sites to earn advertising fees by advertising and linking to Amazon.com.

Sore as hell today so it was a recovery stretch da

Sound the alarm, I just completed a workout for th

J U L Y Word of the Month: PATIENCE "Patience is

It's okay to take a break when you feel overwhelme

What is on your menu this week? Here are some of m